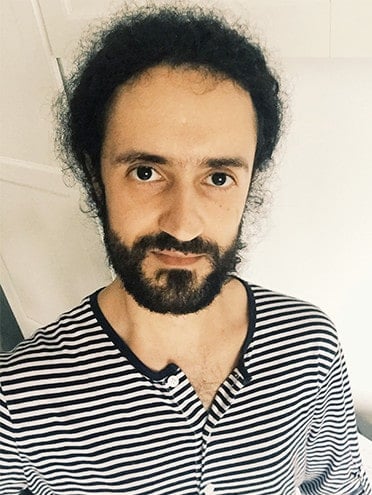 I come from a small town in Sardinia. Since the beginning of primary school, I have been fascinated by the development and achieving goals which to others seemed too excessive or impossible. I always believed that everything in life was possible.

The journey to conscious awakening I began in Poland nearly 10 years ago. Since that time, I have learned and from teachers of different spiritual paths.

After many years of personal development, in which my own healing through sexual energy played a significant role - I began to share my knowledge with others and support them on their paths to conscious life. It is especially amazing for me to watch how sexual healing sessions help people open their hearts to loving themselves and all people.

I want to support people in building self-confidence, also through conscious creation of one's own life. I want to show people that it is worth dreaming, having ambitious goals and realizing them. And tantric massages are a beautiful way to unblock the enormous potential that dozes in all of us.

Now I have been developing primarily through work with the body and through the practice of developing consciousness. 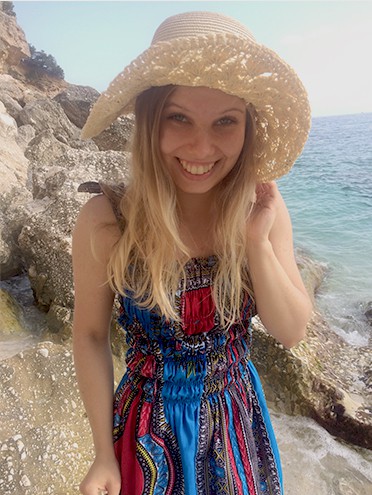 Spiritual development began when after many difficulties I decided that I want to create my own life, not to be a puppet.

I understood that to achieve something, one must leave the comfort zone. Develop each day, your competences, body, spirituality. Have goals and follow them.

I got rid of my convinctions and people that blocked me. One of my goals is to expand my awareness and through my knowledge and practice to help others achieve their goals.

For me, tantra is like signs on the road that help and allow to reach the goals, a tool that polishes the diamond we are. The goal can change, but signs hints make us better and better, no matter what.

I want to help others find their way through working with the body and the skills I have gained in recent years.

I am an adept of the path of the traditional Tibetan Tantra Vajrayana in the transmission line of Drikung Kagyu, in which I too Refuge in Buddha, Dharma and Sangha - Garchen Rinpoche.

To practice tantra requires even greater compassion and greater intelligence than are required on the sutra path; thus, though many persons in the degenerate era are interested in tantra, tantra is not for degenerate persons. Tantra is limited to persons whose compassion is so great that they cannot bear to spend unnecessary time in attaining Buddhahood, as they want to be a supreme source of help and happiness for others quickly.

His Holiness the 14th Dalai Lama

We discovered in our lives a path of spiritual, emotional, mental development. Implementation and implementation of tasks related to vocational education; a way to realize oneself and support other people in self-development through working with sacred sexual energy mainly in the form of tantric massages and healing sessions.

We took part in many workshops, courses, training in personal, mental and spiritual development, and body work. You can check our qualifications here below in this page.

We are adepts of the Buddhist tantric path. Sergio and Daria took refuge in Buddhism in the Drikung Kagyu lineage. We regularly study temple sexuality and real traditional tantra.

Spiritual growth is the supreme value in our lives, which we want to reflect in working with people in our Temple. We do not, however, separate spirituality from everyday earthly life. On the contrary. Tantra is a few of the ways of spiritual development that takes into account sexuality, body, pleasure, bliss as very helpful in the way to enlightenment.

Tantric massages, healing sessions are first of all work with energy, that's why we try to take care of the quality and purity of our energy and vibrations every day. 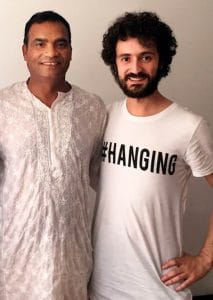 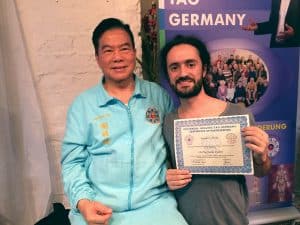 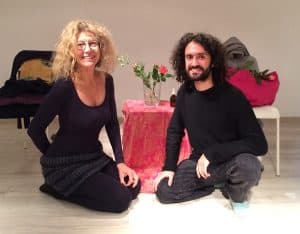 Some of the teachings we took part to:

Individuals who shared spiritual tantra, sexuality and shamanism knowledge with us:

List of people we personally met and had knowledge exchange from, in Poland or abroad:

Here are some of the certificates we've earned 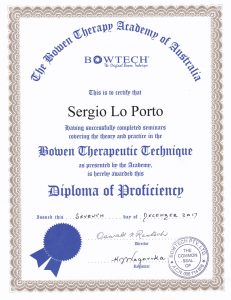 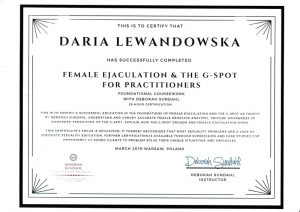 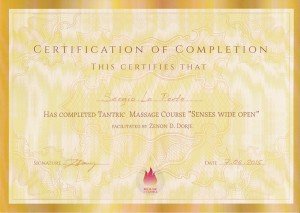 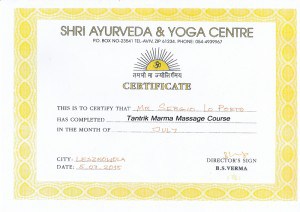 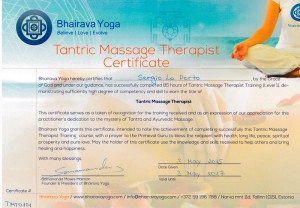 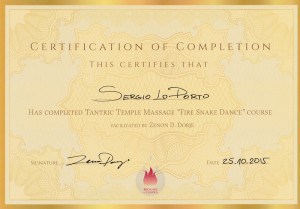 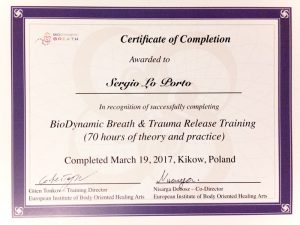 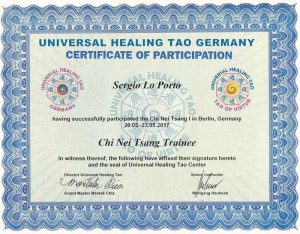 "The first mark of perfection is the conviction that one's practice will bear fruit. The second is having faith. The third is honoring one's guru."

The Lord to Parvati